Internet-based Training on the BNAP’s Horizon 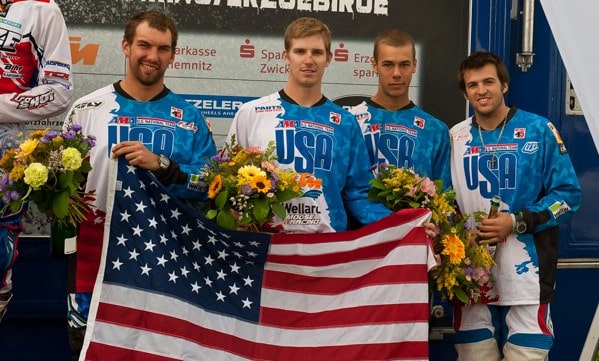 OCTOBER 1, 2012 UPDATE: After six grueling days, we are proud to announce Jessie and the Junior World Trophy team finished third in the International Competition!

In 2012, Local Lodge No. 28 (Eastampton, NJ) Apprentice and American Motorcycle Association rider Jesse Groemm has finished in the top-ten of every AMA/Rekluse National Enduro round of the season.

With such impressive stats, when Steward Baylor recently withdrew from this year’s International Red Bull Six Days Enduro, Groemm was named as his replacement rider for the USA. As such, Groemm will proudly represent the USA for the Enduro Team World Championship in Germany.

Of Groemm, Baylor said: “Jesse Groemm will be great for the ISDE. He has been strong all year.”

During the Red Bull ISDE, the International Motorcycling Federation will host more than 480 riders – from over 30 counties – riding more than 1,400 km in Central and West Saxony. Over the course of six days approximately 300,000 spectators are anticipated to attend the scheduled events.

There are three premier teams representing the USA at the ISDE. Groemm is one of four riders comprising the Junior Trophy Team – which fields four riders younger than 23 years old, competing in a minimum of two classes.